One of these days I’m going to sit down and write a treatise on why I believe strategic thinking and strategic leadership are more valuable than strategic planning — particularly, but not only, in a not-for-profit context. I’m going to do it, I promise, but not today. I’m too busy doing stuff.

So apparently was Southwest Airline’s legendary founder and CEO Herb Kelleher, who held that “strategy is overrated, simply doing stuff is underrated. We have a strategic plan. It’s called doing things.” Or, as management guru Tom Peters puts it, “the thing that keeps a business ahead of the competition is excellence in execution.”

How many of us were taught that “boards make policy and executives implement it”? Turns out that assertion is both over-simplistic and short-sighted, at least as far as well-functioning organizations are concerned. The empowered leader — whether nonprofit or for-profit — must own and lead both the strategy process and the strategy itself, which is one reason why strategic planning is overrated and often ineffective. Done conventionally, strategic planning empowers the consultant, not the executive. Executive coaching, on the other hand, invests in the development of leaders who then empower their organizations, boards, and staffs to think big and execute well.

I’m not saying that strategic planning isn’t important. It certainly is — especially to the legions of pricey consultants happy to have you pay for their thick workbooks and the many billable hours needed to walk the strategic planning team through them. Strategic planning is, after all, a big business. (Don’t believe me? Stop by one of McKinsey’s hundred and nine offices around the globe and chat with one of the eleven thousand consultants and advisors the firm employs.)

So what’s a better option? You guessed it: focused and well-executed executive coaching. One-on-one coaching can be a valuable and effective alternative (or, even, precursor) to a full-on strategic planning process, especially for the already overwhelmed and over-burdened executive who is worried about the cost, in terms of time and money, of the latter.But I promised you five reasons why I’ve soured on conventional strategic planning (and many of the folks who deliver it). The first, as I noted earlier, is that it often empowers the wrong people. Below is the Cliff Notes version of the other four. (Hey, we’re all busy.)

None of this is to suggest that strategy isn’t important. On the contrary. Show me an effective organization or program and you’re likely to find a clear and well-reasoned strategy. Strategic planning can, in fact, be extremely helpful if the organization and its chief executive start the process with a bold vision, a clear theory of change, and a sober assessment of the organization’s strengths, weaknesses, and reputation in relation to its partners, funders, and clients.

Getting the chief executive and, by extension, the organization to that starting point is where the strategic coaching process can be valuable — often, within a fairly short time frame. More often than not, once those foundational blocks and prerequisites have been established, the strategy takes care of itself.

Ami Nahshon offers a portfolio of coaching and consulting services to help nonprofits, foundations, and funders optimize their philanthropic mission, strategy and performance. For more information, contact him at AmiNahshon@gmail.com. 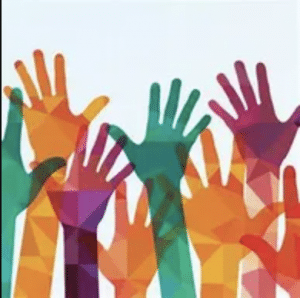 For a substantial number of wealthy Americans, establishing charitable foundations and family funds has become an attractive and tax-effective way of channeling